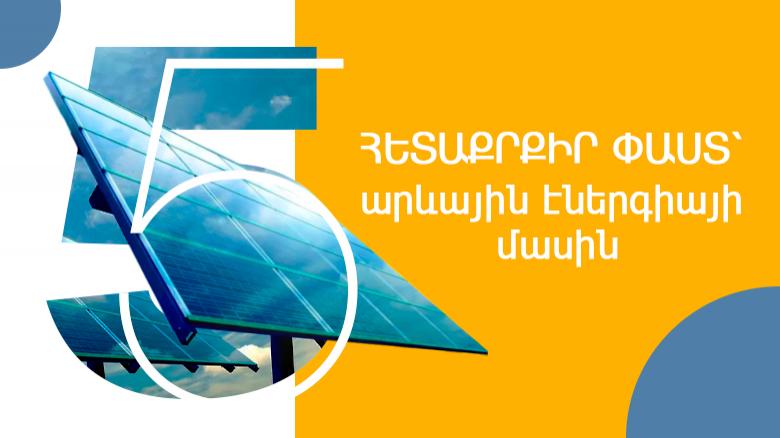 Solar energy is one of the most relevant ecological topics in the 21st century. At first glance, it seems that for solar energy, you can only use numbers and facts and not so understandable words, but today we present to you 5 interesting facts about solar energy, which are relatively simple and we are sure will interest you.

1. You can use solar power for your entire accommodation.

A solar plant can serve the needs of your entire home. Solar energy is one of the safest and greenest solutions for lighting, air conditioners, and fans, hot water heaters, thermal heating, and electrical appliances.

2. Solar panels can increase the value of your house.

Yes, yes, you read that right. Several studies have shown that installing solar panels increases a home's resale value by up to $6,000 per kilowatt (KW) of solar installed (or about 4.1% of your home's value). It follows from here. we can not only call solar energy as "free energy" but also as "useful energy".

3. Solar energy was first used in BC. in the 7th century.

In theory, solar energy was first used in B.C. In the 7th century, when people used sunlight to start fires through the glass. Then, in B.C. In the 3rd century, the Greeks and Romans began using solar energy with mirrors to light their torches at religious gatherings. Also, the Chinese civilization documented the use of mirrors to light their torches as late as B.C. on the 20th.

5. Airplanes can fly by relying entirely on solar power.

Most people know that solar energy can power electric cars, trains, and even space stations and spacecraft. But few people know about solar-powered airplanes that can fly around the world without an additional power source. Swiss pilot and explorer Bertrand Picard made such a flight in 2016.

These were the most interesting facts about solar energy. You can also reset your annual energy cost by installing SolarOn solar panels. The number of panels depends on the surface of the house. We offer a free consultation, a free estimation, and a free measurement for your home. For a consultation, you can call 8757 or (010) 44 00 55.