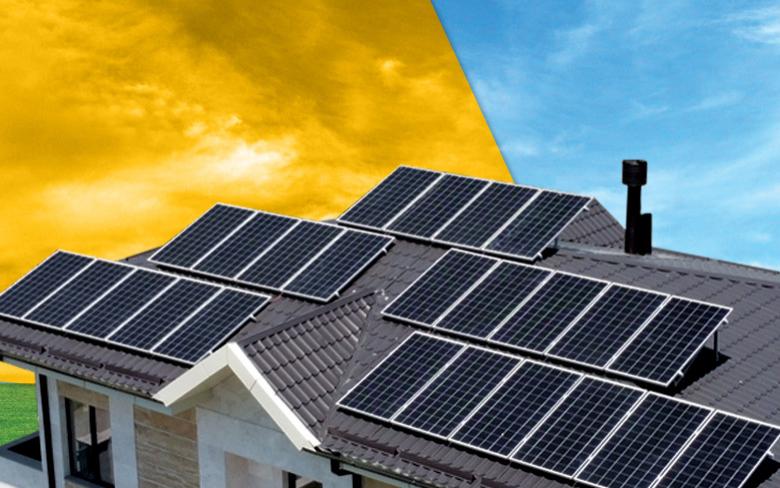 A solar power plant is a modern solution to replace traditional sources of electricity. Solar systems can be used for both apartments and houses, as well as large, medium, and small business premises.

On the other hand, from non-traditional sources, solar energy has a minimal harmful effect on the natural environment and humans.

Solar power plants are the safest of all existing energy sources. And science proves that only 50% of solar radiation reaches the upper layer of the earth, 30% is reflected in the atmosphere, and 20% is absorbed.

Solar energy can be consumed on a permanent basis and in unlimited quantities and you can’t get rid of it. The sun will exist long enough that several generations of people will not avoid this. It all depends on the person - how he will dispose of the resource and will use it for energy supply. It doesn't matter how much we use the sun's energy. You can be sure that future generations will also have to stand it.

In fact, all that is needed is to clean the light-absorbing elements about once a year. In areas with heavy snowfalls - as needed. But what if you wanted a heavy snowfall?

Many governments are stimulating green energy by providing low-interest loans to homeowners. There are also redemption programs for excess electricity.

Every day something new appears in the field of "green" energy. The capacity of the panels increases gradually. Although SolarOn solar panels last 30+ years.

Despite the negative aspects, the Sun has great potential and will become the leading source of electricity in the future. This is inexhaustible energy with which you can save the environment. Therefore, now it is worth making the most of its advantages.

The source of energy is the star closest to us. Unlike non-renewable energy sources (nuclear fuel, oil, gas, coal), solar energy reserves are practically inexhaustible. In any case, for another 5 billion years. The surface of the planet receives about 120,000 terawatts of solar energy. This is about 20,000 times more than what we use.

Thanks to solar panels, the consumer no longer has email. energy consumption, in other words, does not pay for the light. Thanks to the tariff, homeowners can not only use solar energy but also sell it to other consumers. The costs of installing a power plant pay off gradually, bringing in income from a moment on.

Most solar power plants have no moving parts. Electricity is produced silently. This allows you to place the station anywhere, including near residential buildings, next to your own house or on the roof, etc.

Solar energy can be used for a variety of purposes: distilling water in Africa, powering satellites in space, running household appliances, cars, and more. This means that you can’t use petroleum or gas to pollute the environment anymore because the conversion of rays into electricity does not pollute the environment. It has been calculated that a 20-year operation of a solar installation supporting electric heating will reduce sulfur oxide (SO2) emissions by 500 kg and carbon dioxide (CO2) emissions by 60 tons!


The concept of an energy-efficient home has been popular for many years in many countries such as Germany, Italy, Jathe pan, the USA, Spain, China, France, Czech Republic, Belgium, and Australia. Although these countries receive much more sun than most of Russia, this can be compensated by increasing the number of solar panels and batteries.