New Study About The Future of Solar Energy

In terms of price, solar PV is expected to achieve a capex of €246/kW-installed for utility scale projects, and of €537/kW for
residential arrays by 2050. The levelized cost of energy (LCOE), however, is expected to remain constant over the next three decades, as the energy transition will also be implemented with storage technologies, increased flexibility and the production of synthetic fuels.
Professor of solar economy Christian Breyer and his team, at the Lappeenranta University of Technology in Finland, have revised upwards their outlook on the share that solar PV will have in the global electricity mix by 2050, from 68% to 76%.
In the Low-cost renewable electricity as the key driver of the global energy transition towards sustainability study, the Finnish team utilized its energy system transition model to demonstrate the economic feasibility of a global energy market based on a 100% share of renewable energy, and
predicted solar, thanks to a global installed capacity of around 63.38 TW, may even reach a 69% share for total primary energy supply by the end of the first half of the century.
In the proposed scenario, in which the target to limit global warming below 1.5 degrees Celsius is achieved, end-use sectors such as transport and heating are almost fully electrified. Despite the strong drop in prices for electricity provided by solar and other renewables, however, the levelized cost of energy (LCOE) of the whole system is expected to remain constant at between 50a nd 57 €/MWh over the next three decades, as the energy transition will be also implemented with storage technologies, increased flexibility and the production of synthetic fuels. “We do not consider, any more, single- technology LCOE, but least-cost energy system solutions, which shifts the focus on[to] integrated solutions,” Professor Breyer told pv magazine.
In the study, however, the capex of all technologies required for system LCOE was indicated. “The PV capex is the most decisive,” Breyer added.
According to the group&#39;s estimations, for example, the capex for a residential PV project is forecast to drop from €1,169/kW-installed in 2020, to €826 in 2030, €650 in 2040, and €537 in 2050. The cost for commercial PV is expected to reach €397/kW-installed by 2050, from €907 in 2020; €623 in 2030; and €484 in 2040. As for the industrial roofs, the capex is predicted to decrease from €682/kW-installed in 2020, to €459 in 2030, €353 in 2040, and €289 in 2050.
Looking into the large scale business, the group provided prices for two PV plants: fixed structure and with single-axis trackers, and found the second category will experience a price drop from €638/kW- installed in 2020 to €429 in 2030, €330 in 2040, and €271 in 2050. As for the first category, it is predicted to achieve a capex of €246/kW-installed, from €580 in 2020; €390 in 2030; and €300 in 2040.
The report also forecasts that renewables-powered desalination will be able to resolve the water scarcity issue, providing 3 billion cubic meters of clean water per day, and that power-to-x technology will be fully implemented.
“The results in our study describe a scenario that has been claimed as impossible according to IPCC reports,” Breyer said. “We are, however, able to show that with … comprehensive direct and indirect electrification of the energy system, and renewables-based electricity supply, the climate targets can be met without increasing the [cost] per unit of energy.”
Two recent studies, on the other hand, have separately shown that Intergovernmental Panel on Climate Change (IPCC) scenarios assessing global decarbonization pathways are still predicting too-low future PV capacity and too-high LCOEs for the solar technology. A study from Aarhus University, in Denmark, has shown how the 2050 integrated assessment modeling (IAM) scenarios from the IPCC have underestimated PV over the past 14 years, and previous research conducted by scientists at the University of Geneva, in Switzerland, found that European entities expect a sharply higher compound annual growth rate for solar PV than their Asian and North American counterparts. It also noted that the growth scenarios of the IPCC are more conservative than other predictions.
Item source: 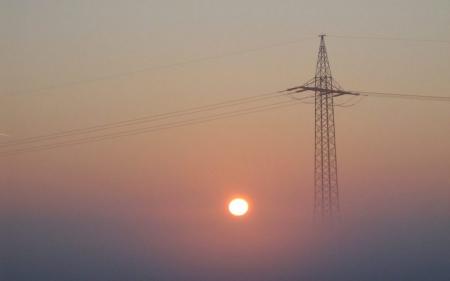